One day, I decided to finally work on designing my own website: a tiny space for me to chill and do stuff in. This site will mostly feature articles pertaining to real and/or fictional topics like Half-life, my own life, and Skullgirls, among other things. (You will see quite a bit of Skuggs here!) I don't particularly enjoy social media platforms--the wise will know why--with the exception of small YouTube and, obviously, Steam. I plan to make use of this website and my YouTube channel as my opportunity to talk and reach out. However, uploads on the channel will be limited in frequency and content.

I grew up with the VALVe Source Engine being at the forefront of my time spent gaming. While the Garry's Mod community may be quite troublesome, subjectively speaking, the game brought me a lot of joy and memories made with my sibling. Besides that game, other titles such as Half-Life, especially Half-Life 2, and most definitely Portal (1 & 2) brought me great joy and a wealth of ideas and memories. On my YouTube channel, I usually record Source titles as my gateway to express my thoughts on anything. Moving away from Source, games by The Behemoth also made up a great period of my life, including BattleBlock Theater and Castle Crashers. As for Lab Zero (now defunct, replaced by Hidden Variable), I really enjoy playing Skullgirls as much as I can in my free time. It's THE game that introduced me to the FGC (Fighting Game Community) and many friends on Discord & Steam. (I don't really use Discord much.)

New Note: I am back on Steam with the sole intent to play Skullgirls! I returned 02/10/2022 after four months since that October I stopped playing. I still have it in me (4 months is not enough to forget how to play a fighting game.) and am willing to keep going to 1000 hours and beyond! Eight years of Steam service and counting.

I would like to thank "ThatWhiteHand" for indirectly motivating me to construct a website. There may not be much to see at the moment, but over time more things will added. If I get into a certain hobby that I can record, I will certainly feature it somewhere on this site. I'm not really interesting, so I'll figure something out eventually. 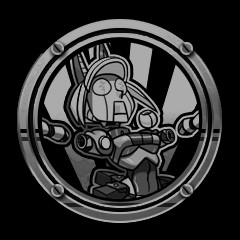